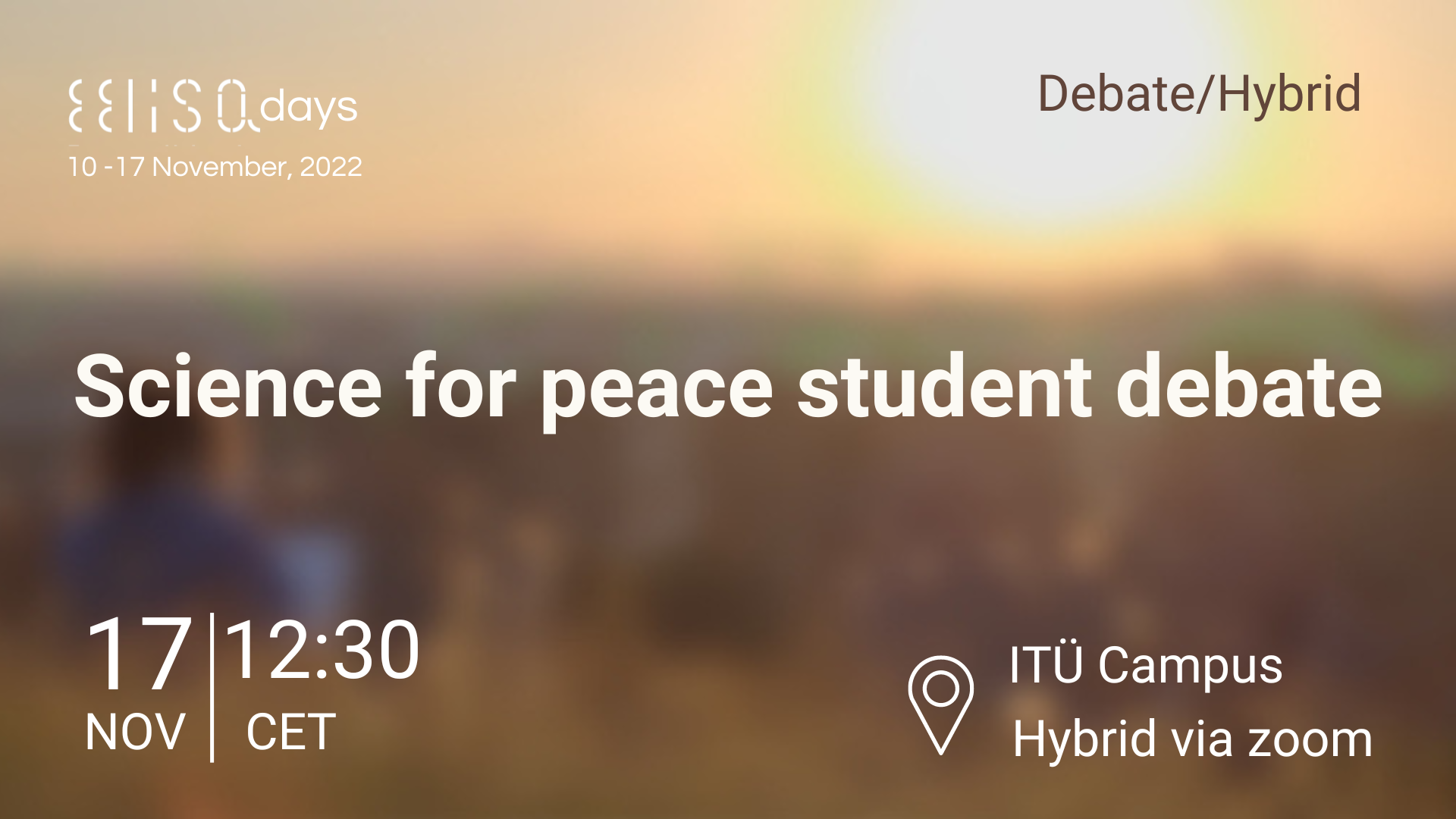 ITU EELISA Student Club and ITU Debate Club have joined forces to bring you the “Science for Peace” themed debate during EELISA Days.

This debate will be held among students following the British Parliamentary method. This means that the Debate will consist of four teams of two speakers each. Two of these teams represent the Government, and the other two are considered the Opposition. Government teams defend the issue, and the Opposition have to argue against it.

Similarly, sides are known as benches, which include two teams on both sides: an opening team and a closing team. Each team competes against all three other teams in the round, including against its own opening or closing team, which does not necesarily need to help each other. The order of speeches alternates between the two benches, starting with the first government speaker, until all eight participants have spoken.

Each speaker will have seven minutes and twenty seconds to defend their motion. At the end of the debate, a five-person jury panel, consisting of partner universities’ students, will determine the winning team whom will be awarded a prize.

Onsite at ITÜ and online via this Zoom link

Go to Top
We use cookies on our website to give you the most relevant experience by remembering your preferences and repeat visits. By clicking “Accept”, you consent to the use of ALL the cookies.
ACCEPT
Manage consent