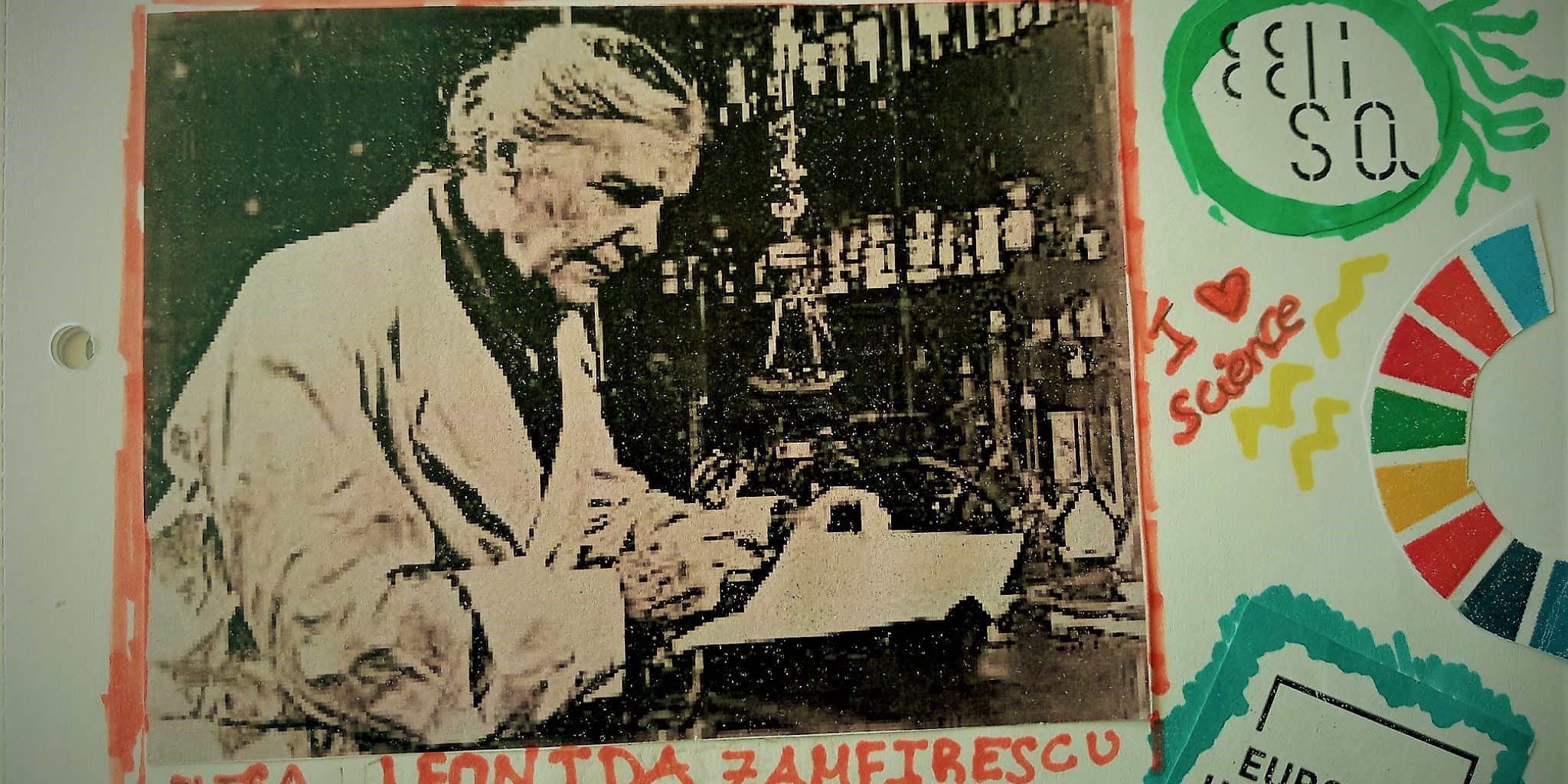 Today is the International Women’s Day. A day to celebrate women’s achievements but also, to claim the need for a more equitable, diverse, and inclusive world – A world that is free of stereotypes and discrimination. In EELISA we are honored to be named after Elisa Leonida Zamfirescu, one of the first women engineers who pioneered making universities a more inclusive space. We are also aware that we have a long way to go and that we need to keep working together to make universities an example of diversity and inclusion in which other spheres of society can be inspired.

With the aim to contribute to the reflection and analysis that a day like today entails, we have interviewed Prof. Dr. Maria Rentetzi, chair for ‘Science, Technology and Gender Studies’ at FAU since January 2021. She is a physicist and a historian of science and technology, and her research focus is a highly interdisciplinary field at the intersection of science and technology studies, history of science, diplomatic history, political sciences, and international affairs.

“The key to promoting gender in our technological institutions is to foster a new understanding of what engineering is and could become”.

Q. Professor Rentetzi, as an expert on gender studies, what is your perception of what feminism means in 2022?

A. In a recent survey of the Global Institute for Women’s Leadership at King’s College London, 33% of men that participated around the world confirmed that traditional masculinity is under threat. In absolute numbers out of the 20,000 men who participated in the survey, 6600 of them— in other words, one in three—believe that feminism is harmful. Men express a strong belief that they have lost their economic, social, and political power due to feminism. Although many could conclude that this is bad news for women, I tend to think that on the contrary, these statements indicate the success of multiple feminist movements around the world: feminism has indeed undermined the illusory belief that we leave in an equal world and destabilized those who underestimated the power of diverse voices. After all, feminism is not about women; it is a social and political movement that aims to transform the multilayer structural discriminations that define our societies and determine our lives. The ways we experience oppression and discrimination are determined not only by gender but also by race, class, sexuality, ethnicity, and/or religion. In 2022 feminism brings front and center the multiplicity of human experiences and the ways we need to reform our policies in order to embrace diversity.

Q. What role do you think Higher Education Institutions should play towards building an equal society?

A. I am not sure I want to sign for an equal society if this means being identical. I definitely want to advocate a diverse society, a society that reassures and celebrates its differences in each whole spectrum. This is where the university as an interdisciplinary, multi-, and inter-national institution comes into play. I envision the institutions of higher education as fertile spaces that cultivate the next generation of scholars—men and women— who will bring academia closer to society.

Q. Scientific fields are among the ones with higher gender imbalances and, in many cases, very low visibility for women. As an Alliance of mainly Tech European Universities, what role do you expect EELISA should play in this regard?

A. We often hear that women are underrepresented in STEM disciplines. The objective has been to bring more women into these fields and especially, to attract them to engineering. Universities strive to create better conditions for women in the sciences, facilitate their work, establish supportive structures, create inclusive spaces. Despite these attempts, we still have a long path ahead of us, especially in fields like engineering and computing. Why is this the case? Besides the androcentric STEM culture, I believe that there is a deeper epistemological reason. In the 1960s and 1970s logical positivism—the philosophical movement that gave prominence to scientific knowledge through its emphasis on theories and their logical structure—as well as the emergence of physics as an exemplary science and eminently objective, prevented any substantial connection between gender and the STEM disciplines. If science is objective why does gender matter at all? In my opinion, undermining this assumption has been the outmost obstacle in transforming STEM disciplines and attracting not only more women but encouraging diversity altogether. This is where EELISA should step in and lead a major shift in the way we think of engineering studies and the sciences in general.

Q. All EELISA partners have now a Gender Equality Plan in place, and each one has a different approach. However, which measures do you think are essential to correcting still existing imbalances?

A. As I already mentioned structural changes and supportive measures are really important. However, the key to promoting gender in our technological institutions is to foster a new understanding of what engineering is and could become. Humanities could play a major role in this direction.

Q. You were the moderator of the first EELISA roundtable ‘Women who make science happen’ that took place on the 11th of February in the context of another celebration: The International Day of Women and Girls in Science – This event revealed a great interest and we have been asked to organize more events of this type to give the floor to more people.  Do you think this means that there is a lack of fora or that women are not sufficiently heard?

A. To me, this means that there is a real gender gap in the sciences and we have the need to explore different ways of closing it.